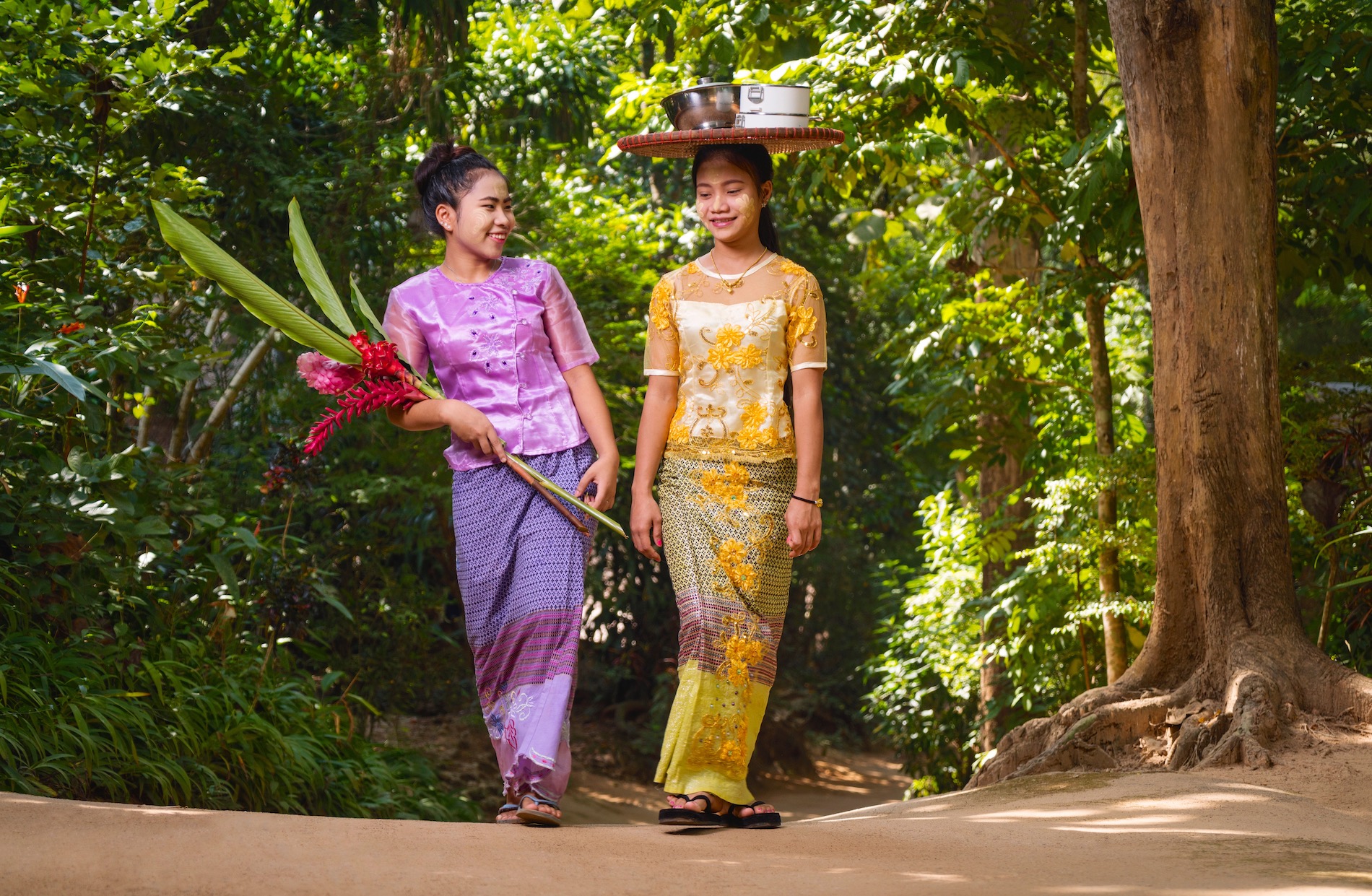 Our People & Our Culture

The Mon are an ethnic group from Burma, living mostly in remote areas along the southern border of Thailand and Burma. The Mon are believed to be one of the earliest peoples of Indochina and they founded some of the earliest civilizations there. Still to this day they have preserved their own alphabet and language, but also their own culture and traditional heritages, which include spiritual dances, traditional singing and special music instruments.

As the eastern Mon was absorbed into Thai/Siamese population long time ago, the western Mon of Myanmar faces the same pressure to assimilate. In Myanmar, the Mon is fighting for the retention of Mon language, culture, and political autonomy. Once the predominant ethno-linguistic group in Lower Myanmar (Burma), speakers of the Mon language number less than a million today, and those of Mon descent number anywhere between two million and eight million. The majorities of Mon speak and are literate only in Burmese language, and are often counted as members of the majority Bamar (Burmans).

At River Kwai Jungle Rafts, Mon is employed and works in the resort. We train them and give jobs to them so that they have a better life condition. It is easy to spot who are Mon who are not. Mon is always have make up on their face both male and female. They use Thanaka, natural face powder base make-up, serving as a sun protector and moisturizing. You could try it yourself too. They sell it in the village

“Thanakha” a unique traditional make-up has been used and adores by all women from Myanmar, which has been used for over 2000 years in Myanmar history. Till today most of the young lady from Myammar wears yellowish-white coating on her face in different pattern which also shows their traditional charm. Women’s own beauty is not affected even when sweats and nor sunburn but keep the skin cooler from heat. Wearing Thanakha is a distinctive feature of the culture of Myanmar (formerly called Burma), seen commonly applied to the face and other parts of body by women & girls, and sometimes also used by men & boys.

The earliest literary reference to thanaka is in a 14th-century poem written by Mon-speaking King Razadarit’s consort. The thanakha-grinding stone (flat and circular in shape) , Princess Datukalayar daughter of King Bayintnaung (15th Century), seen at that Shwe Mawdaw Pagoda Museum in Bago City stands witness to the centuries tradition of wearing thanakha in Myanmar.

hanakha cream is made by grinding the bark/ wood or roots of a thanaka tree with a small amount of water on a circular stone slab called kyauk pyin. The pale, yellowish paste can be applied not only on the face but also on the body, arms and legs. In the regions of Upper Myanmar, thanakha sellers usually demonstrate the making of thanakha paste. This gives the buyers a chance to test the quality of the thanakha before buying it. They do this either by smelling and tasting or applying it on the skin. Pure thanakha tastes a little bitter and fragrant scent somewhat similar to sandalwood. Its yellowish paste cools the skin and does not peel off even when it is rubbed. Thanakha trees originally found/ grew along the forest and hilly area in Thailand, Myanmar and Himalayan ranges of India.

Thanakha combination with Myanmar climate benefits as thanakha paste tightens the pores, smoothens skin, removes acnes, controls oiliness, and prevents getting wrinkles caused by sunburn. Moreover this is the reason why women laborer apply thick layers of thanakha on their faces when they work in the paddy fields and also the color of thanakha goes well with the Myanmar’s yellow complexion.

This website uses cookies to improve your experience while you navigate through the website. Out of these, the cookies that are categorized as necessary are stored on your browser as they are essential for the working of basic functionalities of the website. We also use third-party cookies that help us analyze and understand how you use this website. These cookies will be stored in your browser only with your consent. You also have the option to opt-out of these cookies. But opting out of some of these cookies may affect your browsing experience.
Necessary Always Enabled
Necessary cookies are absolutely essential for the website to function properly. These cookies ensure basic functionalities and security features of the website, anonymously.
Functional
Functional cookies help to perform certain functionalities like sharing the content of the website on social media platforms, collect feedbacks, and other third-party features.
Performance
Performance cookies are used to understand and analyze the key performance indexes of the website which helps in delivering a better user experience for the visitors.
Analytics
Analytical cookies are used to understand how visitors interact with the website. These cookies help provide information on metrics the number of visitors, bounce rate, traffic source, etc.
Advertisement
Advertisement cookies are used to provide visitors with relevant ads and marketing campaigns. These cookies track visitors across websites and collect information to provide customized ads.
Others
Other uncategorized cookies are those that are being analyzed and have not been classified into a category as yet.
SAVE & ACCEPT